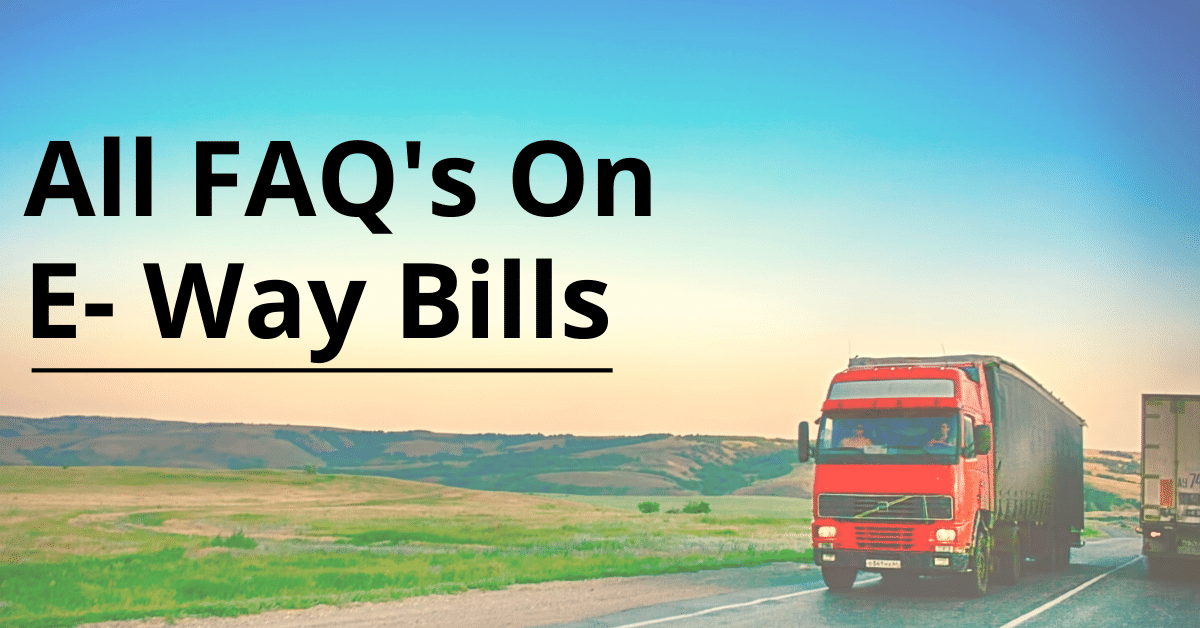 An E-Way Bill is an electronic document required to be carried by the transporter of the goods having a value of Rs 50,000 and more, for the movement of the goods interstate or intrastate.

2. Who can generate an E-Way Bill?

3. How to generate e way bill

4. What are the pre-requisites for E-Way Bill Generation

B. Documents like tax invoice, bill of sales, delivery challan, and transporter id & details must be available to the person generating an E-Way Bill.

In case of an error in the E-Way Bill, it cannot be revised or undone. The only option is to cancel the E-Bill & create a new E-Way Bill with the right details within 24 hours of generation.

Also if the E-Way Bill has been presented to an on-field officer it cannot be canceled.

Components of an E-Way Bill

Part A of the E-Way Bill contains the details of the Consignment, like GSTIN of the receiver, HSN Codes, Invoice number, Place of delivery, Value of goods, & items.

Part B of the E-Way Bill contains the transporter details, like vehicle number & Transporter ID, etc.

8. How long is the E-Way Bill valid for?

An E-way Bill’s validity depends on the distance to be covered by the goods i.e. the distance between the supplier & the receiver, for a regular vehicle the validity is one day for every trip of up to 100 km. Whereas for Over Dimensional Cargo vehicles, one day for a trip of max 20 Km. This validity is auto-populated by the portal.

Eg 1- If the estimated distance for a regular vehicle is 550Km then the validity will become 5+1= 6 days.

Eg 2- Same way if the Vehicle is an Over Dimensional Cargo, and the distance to be covered is 370 Km then the validity becomes 18 days.

9. The goods are taking longer than usual to reach the receiver, how can I extend the validity of the E-Way Bill?

The validity of the E-Way Bill can be extended, given a valid reason and given that the validity is extended before or after 4 hours of the original expiration of the validity period. The same can be done from the e way bill portal after which a new E-Way Bill number is allotted replacing the previous one

10. Which goods are exempted from E-Way Bill generation?

Alcohol and gas/fuels in general like petroleum are exempted from E-Way Bills.

A list of unprocessed edibles are exempted from E-Way Bills-

For all the exempted items view the detailed rule 138 under GST Rules.

Yes, although handicrafts are exempted from GST, E-Way Bill is mandatory for handicraft goods, in fact, it is mandatory even for goods valued Rs 50,000 in certain cases.

Role of the transporter in E-Way Bills

12. What is the role of a transporter in E-Way Bills? 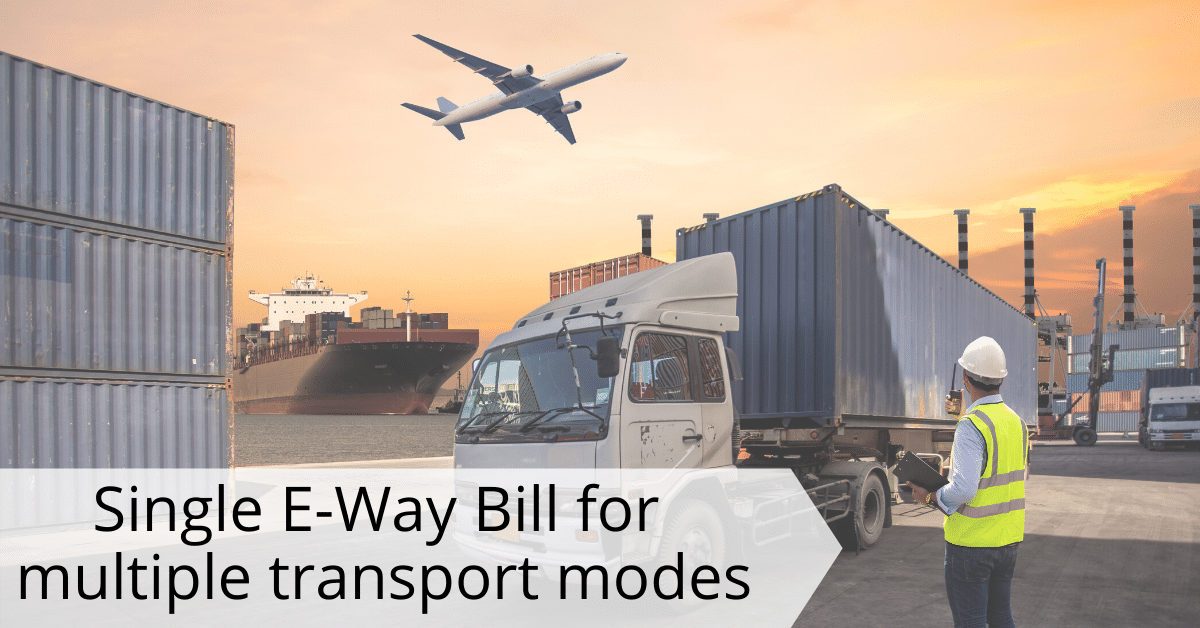 13. Do I have to create more than one E-Way Bills if Goods are traveling to multiple locations in different vehicles?

If Goods are being transported from one location to multiple locations or to the same location but in different Vehicles then the consignor need not generate multiple E-Way Bills, the same E-Way Bill can be used for the entire trail of movement, as per the new rule.

Eg. 200 boxes are being transported from Mumbai to Delhi via multiple vehicles, the same E-Way Bill will be used for the entire movement trail of goods, provided that the vehicle details are updated timely.

14. I am unable to generate E-Way Bills from the E-Way Bill Portal, what could be the possible reason?

As per the new rule from CBIC, the E-Way Bill generation shall be blocked for the taxpayers who have 2 or more consecutive GSTR-1 & GSTR-3B pending to be filed. Such taxpayers can neither generate E-Way Bills as consignors nor as consignees or transporters.

15.How do I get my E-Way Bill generation unblocked?

16. Will I get a reminder before my E-Way Bill Generation gets blocked?

A reminder mail and SMS shall be sent to the taxpayer, on their registered mail ID and contact number, 7 days before the due date mentioned on the Blocking Order.

17. What is the rejection of E-Way Bill?

If the Sale/Purchase is canceled and there is no transaction of goods or if there is any other such situation where the E-Way Bill is raised against a particular GSTIN, the taxpayer can reject the E-Way Bill anytime.

18.How can I reject an E-Way Bill for a consignment?

If a taxpayer wishes to reject an E-Way Bill created by either of the 2 parties, he can simply log into his E-Way Bill account, click on reject E-Way Bill and enter the E-Way Bill number.

19. How will the verification of Vehicles be done under E-Way Bill-Vaahan?

The E-Way Bill System has integrated with the Vaahan System to check the authenticity of a vehicle. If the Vehicle number is not given in the Vaahan System, then the taxpayer will receive an alert message or notification of the same. As of now, the taxpayer can proceed with these vehicles but in a future date it is likely, such vehicles shall not be allowed in the transit process

20. My Vehicle is registered in the Vaahan System and yet the Consigner is getting ‘Alert’ for the same, why?

If you have any such issues like wrong alert messages or other validity related concerns you can visit your RTO and update all the relevant details, and clear out all the issues with the RTO officers.

About the Author – Prachi W- Is a researcher and writer from the field of core Finance, with a writing experience in the field of Business Market and Business Taxes. She has been into the Taxation field for more than 2 years and in the field of writing for over an year. She researches & analyses the latest trends in GST Business Taxes to write detailed and perceptive articles about them.