The GST Council’s 45th meeting was held today in Lucknow under the chairmanship of
the Union Finance & Corporate Affairs Minister Smt. Nirmala Sitharaman. The GST Council has
inter-alia made the following recommendations relating to changes in GST rates on supply of
goods and services and changes related to GST law and procedure:

I. Recommendations relating to GST rates on goods and services by 45th GST Council Meeting

B. Major recommendations on GST rate changes in relation to Goods [w.e.f 1.10.2021 unless
otherwise stated] by 45th GST Council Meeting

C. Other changes relating to GST rates on goods  by by 45th GST Council Meeting

1. Supply of mentha oil from unregistered person has been brought under reverse charge.
Further, Council has also recommended that exports of Mentha oil should be allowed only
against LUT and consequential refund of input tax credit.
2. Brick kilns would be brought under special composition scheme with threshold limit of
Rs. 20 lakhs, with effect from 1.4.2022. Bricks would attract GST at the rate of 6% without
ITC under the scheme. GST rate of 12% with ITC would otherwise apply to bricks.

GST rate changes in order to correct inverted duty structure, in footwear and textiles sector,
as was discussed in earlier GST Council Meeting and was deferred for an appropriate time,
will be implemented with effect from 01.01.2022.

E. In terms of the recent directions of the Hon’ble High Court of Kerala, the issue of
whether specified petroleum products should be brought within the ambit of GST was
placed for consideration before the Council. After due deliberation, the Council was of
the view that it is not appropriate to do so at this stage.

F. Major GST changes in relation to rates and scope of exemption on Services [w.e.f
1.10.2021 unless otherwise stated]

G. Clarification in relation to GST rate on Goods

1. Pure henna powder and paste, having no additives, attract 5% GST rate under Chapter 14.
2. Brewers’ Spent Grain (BSG), Dried Distillers’ Grains with Soluble [DDGS] and other such
residues, falling under HS code 2303 attract GST at the rate of 5%.
3. All laboratory reagents and other goods falling under heading 3822 attract GST at the rate
of 12%.
4. Scented sweet supari and flavored and coated illachi falling under heading 2106 attract
GST at the rate of 18%
5. Carbonated Fruit Beverages of Fruit Drink” and “Carbonated Beverages with Fruit Juice”
attract GST rate of 28% and Cess of 12%. This is being prescribed specifically in the GST
rate schedule.
6. Tamarind seeds fall under heading 1209, and hitherto attracted nil rate irrespective of use.
However, henceforth they would attract 5% GST rate (w.e.f. 1.10.2021) for use other than
sowing. Seeds for sowing will continue at nil rate.
7. External batteries sold along with UPS Systems/ Inverter attract GST rate applicable to
batteries [ 28% for batteries other than lithium-ion battery] while UPS/inverter would
attract 18%.
8. GST on specified Renewable Energy Projects can be paid in terms of the 70:30 ratio for
goods and services, respectively, during the period from 1.7.2017 to 31.12.2018, in the
same manner as has been prescribed for the period on or after 1st January 2019.
9. Due to ambiguity in the applicable rate of GST on Fibre Drums, the supplies made at 12%
GST in the past have been regularised. Henceforth, a uniform GST rate of 18% would
apply to all paper and paper board containers, whether corrugated or non-corrugated.
10. Distinction between fresh and dried fruits and nuts is being clarified for application of GST
rate of “nil” and 5%/12% respectively;
11. It is being clarified that all pharmaceutical goods falling under heading 3006 attract GST
at the rate of 12% [ not 18%].
12. Essentiality certificate issued by Directorate General of Hydrocarbons on imports would
suffice; no need for taking a certificate every time on inter-state stock transfer.

H. Clarification in relation to GST rate on services

1. Coaching services to students provided by coaching institutions and NGOs under the
central sector scheme of ‘Scholarships for students with Disabilities” is exempt from
GST
2. Services by cloud kitchens/central kitchens are covered under ‘restaurant service’, and
attract 5% GST [ without ITC].
3. Ice cream parlor sells already manufactured ice- cream. Such supply of ice cream by
parlors would attract GST at the rate of 18%.
4. Overloading charges at toll plaza are exempt from GST being akin to toll.
5. The renting of vehicle by State Transport Undertakings and Local Authorities is
covered by expression ‘giving on hire’ for the purposes of GST exemption
6. The services by way of grant of mineral exploration and mining rights attracted GST
rate of 18% w.e.f. 01.07.2017.
7. Admission to amusement parks having rides etc. attracts GST rate of 18%. The GST rate
of 28% applies only to admission to such facilities that have casinos etc.
8. Alcoholic liquor for human consumption is not food and food products for the purpose of
the entry prescribing 5% GST rate on job work services in relation to food and food
products.
II. On the issue of compensation scenario, a presentation was made to the Council wherein it was
brought out that the revenue collections from Compensation Cess in the period beyond June 2022
till April 2026 would be exhausted in repayment of borrowings and debt servicing made to bridge
the gap in 2020-21 and 2021-22. In this context various options, as have been recommended by
various committees/ forums were presented. The Council deliberated at length on the issue. The
Council decided to set up a GoM to examine the issue of correction of inverted duty structure for
major sectors; rationalize the rates and review exemptions from the point of view of revenue
augmentation, from GST. It was also decided to set up a GoM to discuss ways and means of using
technology to further improve compliance including monitoring through improved e-way bill
systems, e-invoices, FASTag data and strengthening the institutional mechanism for sharing of
intelligence and coordinated enforcement actions by the Centre and the States.

I. Measures for Trade facilitation:

ii. There is no need to carry the physical copy of tax invoice in cases where
invoice has been generated by the supplier in the manner prescribed
under rule 48(4) of the CGST Rules, 2017;
iii. Only those goods which are actually subjected to export duty i.e., on
which some export duty has to be paid at the time of export, will be
covered under the restriction imposed under section 54(3) of CGST Act,
2017 from availment of refund of accumulated ITC.

5. Provision to be incorporated in in CGST Rules, 2017 for removing ambiguity
regarding procedure and time limit for filing refund of tax wrongfully paid as
specified in section 77(1) of the CGST/SGST Act and section 19(1) of the IGST
Act.

1. Aadhaar authentication of registration to be made mandatory for being eligible for filing
refund claim and application for revocation of cancellation of registration.
2. Late fee for delayed filing of FORM GSTR-1 to be auto-populated and collected in
next open return in FORM GSTR-3B.
3. Refund to be disbursed in the bank account, which is linked with same PAN on which
registration has been obtained under GST.
4. Rule 59(6) of the CGST Rules to be amended with effect from 01.01.2022 to provide
that a registered person shall not be allowed to furnish FORM GSTR-1, if he has not
furnished the return in FORM GSTR-3B for the preceding month.
5. Rule 36(4) of CGST Rules, 2017 to be amended, once the proposed clause (aa) of
section 16(2) of CGST Act, 2017 is notified, to restrict availment of ITC in respect of
invoices/ debit notes, to the extent the details of such invoices/ debit notes are furnished
by the supplier in FORM GSTR-1/ IFF and are communicated to the registered
person in FORM GSTR-2B.

K. GST Council has also recommended amendments in certain provisions of the Act and
Rules.

*****
Note: The recommendations of the GST Council have been presented in this release
containing major item of decisions in simple language for information of all stakeholders.
The same would be given effect through relevant Circulars/ Notifications/ Law
amendments which alone shall have the force of law.

GST Council : Minutes of Meetings and Agenda : updated Till Date 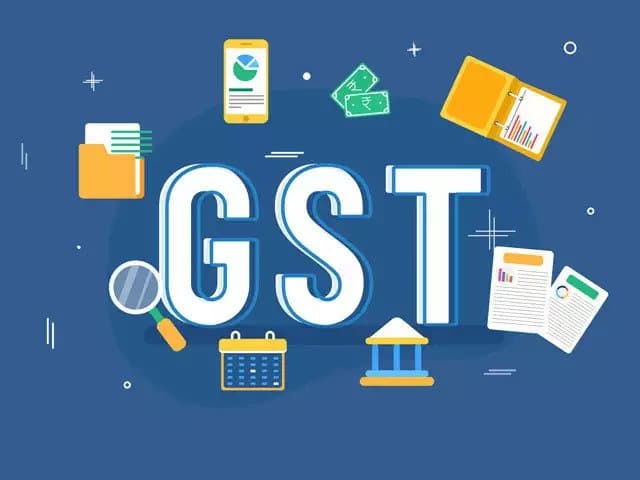