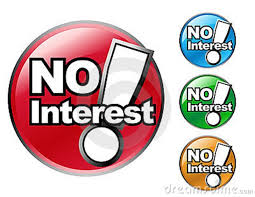 On cancellation of booking of apartment if excess refund is made to old purchaser after taking advance from new purchaser, such excess payment could not be qualified to be interest as defined under section 2(28A); The amount refunded to the purchasers represents the consideration the purchasers paid towards the undivided shares in the property agreed to be purchased and also the cost of construction of the apartment, which work was entrusted to the appellant, being the builder. Such a relationship does not spell out a debtor-creditor relationship nor is the payment made by the appellant to the purchaser one in discharge of any pre-existing obligation to be termed as interest as defined in section 2(28A).

Payer builder would have no TDS obligation

Antony Dominic, J. – The issue raised in these appeals is whether the finding of the Tribunal that the excess payment refund debited in the Profit & Loss Account of the appellant under the head ‘indirect expenses’ should be treated as interest on the customers’ deposits/advances, is legal or not.

4. During the course of a survey under section 133A of the Income Tax Act, it was found that the appellant company had debited in the P&L account amounts under the head ‘indirect expenses’ of an amount of Rs. 31,37,341/- for the assessment year 2012-13 and Rs. 43,21,593/- for the assessment year 2013-14 being excess payments refunded. In the proceedings that continued, the Assessing Officer held that the said amount has to be treated as interest paid on deposit liable for TDS under section 194A of the Act and that having failed to do so, appellant is an assessee in default and accordingly, assessment was completed under section 201 of the Act. The order of assessment was set aside by the first appellate authority. However, the said order was reversed by the Tribunal. It is in this background, these appeals are filed.

5. We heard learned counsel for the appellant Sri.Pratap Pillai and the learned senior standing counsel Sri.P.K.Ravindranatha Menon for the Revenue.

6. As stated earlier, the issue that arises for consideration is whether the amount debited in the P&L account of the appellant company under the head ‘indirect expenses’ being excess payments refunded is interest as provided under section 2(28A) of the Act.

7. Section 2(28A) of the Act defines ‘interest’ and this section reads thus:

8. While understanding the scope of this provision, it is important to remember the principle laid down by the Apex Court in Polestar Electronic (P.) Ltd. v. Addl. Commissioner, Sales Tax 1979 taxmann.com 105 that ‘if there is one principle of interpretation more well settled than any other, it is that statutory enactment must ordinarily be construed according to the plain natural meaning of its language and that no words should be added, altered or modified unless it is plainly necessary to do so in order to prevent a provision from being unintelligible, absurd, unreasonable, unworkable or totally irreconcilable with the rest of the statute’ is to be considered. If this is the principle to be borne in mind, the term ‘interest’ as defined in section 2(28A) of the Act has to be construed strictly. On such literal construction, it can be seen that before any amount paid is construed as interest, what is required to be established is that the sum paid is in respect of any money borrowed or debt incurred and that there is debtor-creditor relationship between the parties. These are the necessary ingredients of section 2 (28A).

9. The scope of this provision came up for consideration before various High Courts as well as the Apex Court. In Bikram Singh v. Land Acquisition Collector [1996] 224 ITR 551 in the context of interest paid on delayed payment of compensation due under the Land Acquisition Act, the Apex Court held that such payment is a revenue receipt and that section 194A of the Income Tax Act has no application. CIT v. Sahib Chits (Delhi) (P.) Ltd. [2010] 328 ITR 342 (Delhi) is a case where the question considered was whether section 2(28A) was attracted in the case of surplus on discount of chit funds. In that judgment, the Delhi High court referred to the judgment of this Court in Janardhana Mallan v. Gangadharan AIR 1983 Ker 178 (FB) which was approved by the Apex Court in Shriram Chits & Investments (P.) Ltd. v. Union of India AIR 1993 SC 2063 (FB), where, it was held that on entering into a chit agreement, a debt for the amount of future instalments is not incurred by the subscriber and that in respect of such amount, there is no debtor-creditor relationship. On that basis, the Delhi High Court held that when the amount contributed every month is given back to the chit subscribers themselves in the manner as agreed, the amount contributed cannot be treated as deposit with the company, much less money borrowed by the company. Accordingly, the Delhi High Court held that the payment made cannot be treated as interest as provided under section 2(28A), attracting the provisions of section 194A of the Act.

10. CIT v. Cargill Global Trading (P.) Ltd. [2011] 335 ITR 94 is another judgment of the Delhi High Court where the question considered was whether discounting charges can be treated as interest and this was answered in the negative by holding that before any amount paid is construed as interest, it has to be established that the same is payable in respect of any money borrowed or debt incurred. CIT v. H.P. Housing Board [2012] 340 ITR 388  (HP) is a case where the question considered was whether interest paid/credited by the Housing Board on the amount deposited by the allottees on account of delayed allotment of flats is covered by section 2 (28A). This again was answered by the Himachal Pradesh High Court following the Apex Court judgment in Bikram Singh (supra). CIT v. M.K.J. Enterprises Ltd. [2014] 50 taxmann.com 441/[2015] 228 Taxman 61 (Mag.) is a judgment of the Division Bench of the Calcutta High Court which also considered the question whether section 2(28A) is attracted to discounting charges of bill of exchange or factoring charges of sale. That was also answered in the negative, holding that interest is a term relating to a pre-existing debt which implies a debtor-creditor relationship.

11. From the principles laid down in the decisions referred to above, it is obvious that section 2(28A) is not attracted to every payment made and that the provision can be attracted only in cases where there is debtor-creditor relationship and that payments are made in discharge of a pre-existing obligation.

13. Further, there is no finding in the assessment order or in the order of the Tribunal that the amount paid by the purchasers, which was refunded, was accounted as deposit or advance received from them or that there is any debtor-creditor relationship between the parties, obliging the appellant to pay the amount to the purchasers. There is also no case for the revenue that the excess amount paid by the appellant was based on any agreement between them or that it was quantified at rates that were already agreed between the parties. In such circumstances, the payments made do not qualify to be interest as defined in section 2(28A) of the Act and the appellant did not have the obligation to deduct tax at source as provided under section 194A nor can they be proceeded against under section 201A, treating them as an assessee in default.