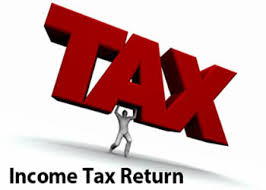 1. Changes in ITR Form AY 2016-17 if Earning Above Rs 50 Lakh :  Declaration of value of assets and liabilities by Individuals/HUF

New Schedule has been introduces in  ITR 1, 2, 2A, 3, 4, 4S  requiring individuals/HUFs to declare the value of assets and liabilities if their total income exceeds Rs. 50 lakhs.

Movable assets : cost of following assets needs to be disclosed

Taxpayers also need to disclose all liabilities in relation to such assets.

New ITR Forms  1, 2, 2A provide an option to claim TCS by the individual taxpayers in case of Deduction of tax u/s 206 (1d) by the seller.

Now firms can file ITR 4 in case of presumptive income. A separate row is provided for in ITR 4S to claim deduction of interest and salary paid by the firms to the partners.

4. Changes in ITR Form AY 2016-17 😀eduction for contribution to NPS under Section 80CCD

5. Changes in ITR Form AY 2016-17 :Disclosure of details regarding partnership firm by a partner

Separate column has been inserted in Schedule IF of ITR 3, 4  so that partners can to disclose whether such firm is liable to transfer pricing audit under Section 92E .

6. Changes in ITR Form AY 2016-17 :  Details of pass through income of business trust or investment fund

Share of income from partnership firm, AOP and BOI (which exempt from tax in hands of recipient) was required to be disclosed under Schedule EI of old ITR 3, 4, 5, 6 . Now there is no need to make disclosure

Note : Section 32AD was inserted by the Finance Act, 2015 to provide for an additional investment allowance to an undertaking set-up in the notified backward areas in the States of Andhra Pradesh or Telangana.Suitable safeguards have been provided in the provision for restricting the transfer of the plant or machinery for a period of 5 years. On transfer of such asset within five years, the amount of deduction already allowed shall be deemed as income from business or profession (i.e., deemed income under Section 32AD) in the year of transfer.

New ‘chedule ICDS  has been inserted in ITR forms (ITR 4, 5, 6)  wherein effect of Income Computation and Disclosure Standards(‘ICDS’) on profit needs to be disclosed.

10 .Changes in ITR Form AY 2016-17 : Disclosure of Percentage of commercial receipts by a trust

Advancement of any other object of charitable purpose shall not be deemed as charitable if receipts from any commercial activity exceed 20% of total receipts. Accordingly, a new row is inserted in ITR 7 to disclose percentage of commercial receipts vis-à-vis total receipts in order to ensure that such condition (as provided i Section 2 (15)) is not violated.

The Finance Act, 2015 has substituted the proviso to Section 2(15) to provide that the advancement of any other object of general public utility shall not be a charitable purpose, if it involves the carrying on of any activity in the nature of trade, commerce or business, unless:

i) such activity is undertaken in the course of actual carrying out of such advancement of any other object of general public utility; and

A separate row is provided in new ITR 7 requiring trust to confirm if it has filed Form 9A (in case application of Income of trust fall short of 85% )and the date of filing of such form.

12. Changes in ITR Form AY 2016-17 :Details to be given by Universities, hospitals, educational institutions

Now universities, hospitals, educational institutions, etc., have to disclose their name , receipts  and amount eligible for exemption in ITR 7.

Exemption under sub-clause (iiiab) and (iiiac) of Section 10(23C) is available to universities or educational institutions, hospitals or other institutions which are wholly or substantially financed by the Government, subject to certain prescribed conditions.The Finance Act, 2015 has amended the provisions of Section 139 to provide that such entities covered under clauses (iiiab) and (iiiac) of Section 10(23C) shall be mandatorily required to file their returns of income.

i) Share of a member in the income of the AOP/BOI, on which no income-tax was payable.

– Notional gain on transfer of a capital asset, being share of SPV to a business trust in exchange of units allotted by that trust referred to in clause (xvii) of Section 47; or

– Notional gain resulting from change in carrying amount of said units; or

– Gain on transfer of units referred to in clause (xvii) of section 47.

Consequently, the Finance Act, 2015 had provided for addition of related expenditure on aforesaid income while computing MAT liability.

Therefore Separate row have been inserted in ITR forms (ITR-6, 7)  to incorporate such changes.

In new ITR forms (ITR 5, 6) there is a separate row for disclosure of following details if taxpayer is liable for audit under any Act [other than the Income Tax Act]:

1) Act and Section under which taxpayer is liable for audit

2) Date of furnishing of Audit Report.

ITR-5 has inserted a separate row for disclosure of sum which is disallowable under Section 36(1)(xvii).

The Finance Act, 2015 had inserted Section 36(1)(xvii) to provide that co-operative society, engaged in the business of manufacturing of sugar,couldclaim deduction of expenditure on purchase of sugarcane tothe extent of price approved or fixed by the Government. Expenditure in excess of such fixed price was tobe disallowed.

New ITR-4 and ITR-5 forms now contain a separate row for taxpayers (other than corporate taxpayers)to claim benefit of such deduction under Section 80JJAA.

Section 80JJAA, inter alia, provided for deduction to an Indian company, deriving profits from manufacture of goods in a factory. The quantum of deduction allowed was equal to 30% of additional wages paid to the new regular workmen employed by the assessee in such factory, in the previous year, for three assessment years including the assessment year relevant to the previous year in which such employment was provided.

This section was amended by Finance Act, 2015 so as to extend the benefit of such provision to all assessees having manufacturing units rather than restricting it to corporate assessees only.