Doubts have been raised in respect of processing of a refund application by a jurisdictional tax authority (either Centre or State) to whom the application has been electronically transferred by the common portal in cases where the said tax authority is not the one to which the taxpayer has been administratively assigned. The matter has been examined. In order to ensure uniformity in the implementation of the provisions of the law across field formations, the Board, in exercise of its powers conferred by section 168 (1) of the Central Goods and Services Tax Act, 2017 (hereinafter referred to as “CGST Act”), hereby clarifies the issues in succeeding paras.

2. It has been reported by the field formations that administrative assignment of some of the tax payers to the Central or the State tax authority has not been updated on the common portal in accordance with the decision taken by the respective tax authorities, in pursuance of the guidelines issued by the GST Council Secretariat, vide Circular No. 01/2017 dated 20.09.2017, regarding
division of taxpayer base between the Centre and States to ensure Single Interface under GST. For example, a tax payer M/s XYZ Ltd. was administratively assigned to the Central tax authority but was mapped to the State tax authority on the common portal.

4. Doubts have been raised as to whether, in such cases, application for refund can at all be processed by the proper officer of the State tax authority or the Central tax authority to whom the refund application has been wrongly transferred by the common portal.

6. It is requested that suitable trade notices may be issued to publicize the contents of this Circular.

7. Difficulty, if any, in implementation of this Circular may please be brought to the notice of the Board. Hindi version would follow. 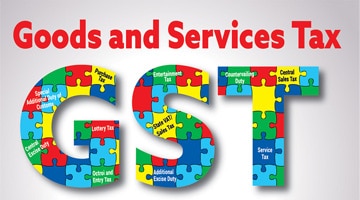