CENTRAL BOARD OF EXCISE AND CUSTOMS

Customs and Service Tax (All)

Withdrawal of Order under 37B of Central Excise Act, 1944 on classification of Coconut Oil packed in small containers-reg. 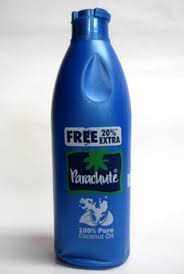 Kind attention is invited to Circular No. 890/10/2009 dated 3.6.2009 by which Board (CBEC) issued Order under Section 37B on classification of Coconut Oil packed in containers of the sizes up to 200ml. References have been received on the subject from field formations on need to review the Circular due to judicial pronouncements on the subject. It was directed in the said Circular that coconut oil packed in small container of sizes upto 200 ml shall be classified under Central Excise Tariff heading 3305.

2. The issue has been examined and it has been noted that there are decisions on the issue by Hon’ble Tribunals/Courts wherein it has been held that just because the retail packs of Coconut Oil are in sizes of 200 ml or less, the same cannot be presumed to be meant for use as Hair oil and would not be classifiable under heading no. 3305. Following judgments are relevant in this regard: –

3.1 In case of Raj Oil Mills Ltd. vs. Commissioner, Central Excise [2014 (314) ELT 541, Hon’ble Tribunal held that edible Coconut Oil in retail packing of 200ml or less is classifiable under Chapter 15 covering Animal or Vegetable Fats and Oils and not under Chapter 33 covering Cosmetics and Toilet Preparation. Civil Appeal filed by the department against the order in the Hon’ble Supreme Court has been dismissed on merits.

3.2 In the case of Capital Technologies Ltd. & Ors vs CCE, Tirupati reported in [2015(321) ELT 479, Hon’ble Tribunal examined the issue of classification of Coconut Oil packed in retail packs of 50 ml, 100 ml, 200 ml and 500 ml. After discussing the amendments to Chapter note 3 to Chapter 33 and Section Note 2 to Section VI w.e.f 28.02.2005, Tribunal held that the edible coconut oil packed in retail packs ibid would be classifiable as Coconut oil under heading no. 1513 and not as Hair oil under heading no. 3305. Civil Appeal filed by the department against the order has been dismissed by the Hon’ble Supreme Court on facts only.

4. In view of the judgments of the Hon’ble Courts, the Central Board of Excise & Customs withdraws Circular No. 890/10/2009-CX dated June 03, 2009. The issue of classification may be decided by the field taking into consideration the facts of the case read with the judicial pronouncements.

5. Difficulty, if any, in implementing the circular should be brought to the notice of the Board.