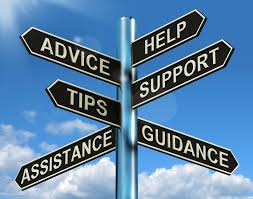 The Ministry of Corporate Affairs has issued the Companies (Auditor’s Report) Order, 2016 (CARO 2016) vide Order dated 29th March 2016. The Order would be applicable for audit of the financial statements for the period beginning on or after April 1, 2015. As such it is applicable for the audits of financial year 2015-16 also. The Order contains several changes and new reporting requirements which were not covered in earlier CARO. These substantial changes made by the CARO 2016 necessitated the revision of the Statement on CARO 2003 earlier issued by ICAI.

An urgent need was felt by ICAI for providing appropriate guidance on CARO 2016 to the members so that the requirements and expectations of the Order can be fulfilled in letter and spirit by the auditors.This Guidance Note supersedes the earlier Statement on CARO 2003 for audit of financial statements for the period beginning on or after April 1, 2015.

Auditing and Assurance Standards Board has brought out this Guidance Note on the Companies (Auditor’s Report) Order, 2016 for the benefit of the members. The Guidance Note was initially developed by three expert groups constituted by the Board for this purpose and thereafter finalised with the contribution of all the members of the Board and the Council. The Guidance Note has been written in an easy to understand language and contains detailed guidance on the various Clauses of CARO 2016 and the various issues and intricacies involved therein.

(i) Applicability of the Order

(iv) Illustrative checklist on the Order

4. Guidance Note on Audit of Banks 2016 edition released by ICAI

5. ICAI released Guidance Note on Accounting for Depreciation as per Schedule II to the Companies Act, 2013

7.Guidance Note on SS1 and SS2 ( Meetings of Board of Directors)