Question : Whether the length of delay is relevant for considering the application for condonation of delay ? 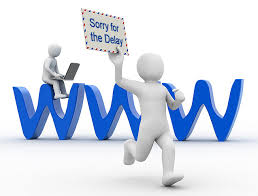 ■           It is further evident that after receipt of the communication dated 24-4-2007 demanding the amount of tax for the aforesaid assessment year 1992-93, a reply was immediately sent by the assessee on 7-5-2007 to the Assessing Authority, wherein again it was specifically stated that the appeal is still pending and the assessee was waiting for the final hearing. On a specific query as to whether the said letter is replied to the assessee, the revenue states that no such reply was sent to the assessee. Again for a period of three years, there was nothing from the end of the revenue. Only after three years again a demand was made and at that point of time, the assessee found it necessary to consult a lawyer and take appropriate steps. Immediately thereafter, an appeal along with application for condonation of delay is filed.

■           The length of delay is not relevant. What is relevant is as to whether a party has made out a case of sufficient cause or not. The letter requesting withdrawal categorically states that withdrawal of the appeal is only for a claim in respect of which the administrative relief has been given to the assessee. No doubt that the order disposing of the appeal states that appeal has been withdrawn in toto. However, ‘K’ categorically stated in his affidavit that he had brought the errors to the notice of the First Appellate Authority and he assured to do so necessary correction. His bona fide belief that the necessary correction would be made is also fortified from the fact that from the year 2000 till the year 2007 nothing was done by the revenue. When in the year 2007 a reply is given that the appeal is still pending, neither the said letter is replied to nor any immediate action is taken for recovery of the amount. Only after a period of three years the second notice is issued. [Para 11]

■           It can thus be clearly seen that the contention of the assessee that it was under bona fide belief that the appeal is still pending stands fortified from the facts narrated hereinabove and from the affidavits placed on record.

■           It is further to be noted that though the assessee had requested for withdrawal of appeal in part, the First Appellate Authority erroneously dismissed the appeal as withdrawn in toto. The Appellate Authority acts in a quasi-judicial capacity. On account of an error which is committed by a quasi-judicial authority and which was assured to be corrected by him, but, however, not corrected by him, a prejudice cannot be permitted to be caused to a litigant who was actingbona fide. [Para 12]

■           In view of the aforesaid, the assessee had made out a case of sufficient cause. As such the application for condonation of delay deserved to be allowed. [Para 13]