A Bill further to amend the Constitution of India.

BE it enacted by Parliament in the Sixty-seventh Year of the Republic of India as follows:— 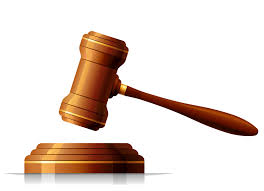