Question: Whether the Assessee can plea for condonation of delay in filing appeal due to lack of guidance ? 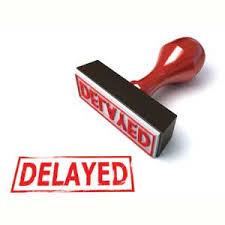 Answer : Delay caused in filing appeal due to lack of proper guidance is condonable, when it was shown that assessee was a semi-literate labour contractor

Assessee sought condonation of delay of 366 days in filing appeal .The reason given for such delay as stated in the memorandum of the application for condonation of delay is that the appellant was not properly guided in the matter of preferring appeal and was also worried about the huge amount that he would be required to pay at the time of preferring the appeal. From the facts stated in the memorandum of application, it appears that the work carried out by the appellant is mainly in the nature of labour work, as such, the case put forth by the appellant that he was not aware of the intricacies of law, and therefore, could not approach the Tribunal in time appears to be quite plausible.  since no proper guidance was given till the appellant contacted the learned advocate who represents him before the Tribunal, there was a delay in preferring the appeal.

Section 86, of the Finance Act, 1994, read with section 35B of the Central Excise Act, 1944 and section 129A, of the Customs Act, 1962 – Appeals – Condonation of delay – Appellate Tribunal – Assessee was engaged in labour and contract work – Assessee sought condonation of delay of 366 days in filing appeal – Assessee explained that service tax consultant did not properly advise him and when he approached another advocate, he advised him as to filing of appeal before Tribunal, and said process caused delay – Assessee argued that he being a layman/semi-literate person, deserved condonation – Tribunal denied condonation on ground that assessee had proceeded with appeal before Commissioner (Appeals) in time through a Chartered Accountant and, therefore, assessee’s plea of being ignorant was not correct – HELD : Assessee approached various persons (including service recipients) for proper guidance, but, no one guided him properly – Hence, considering assessee’s background and so as to ensure hearing of appeal on merits, delay was condonable – In any case, there was no negligence/latches on part of assessee and taking pragmatic approach (not a narrow or pedantic approach), delay was not so huge so as to cause any undue prejudice to department [Paras 7 & 8] [In favour of assessee]