A nationwide E-way Bill System will be rolled out on trial basis from tomorrow i.e. 16th January, 2018. Avail the opportunity to get used to the system before it becomes compulsory.

Features of the e-way Bill Portal

Modes of generation of e-way Bill 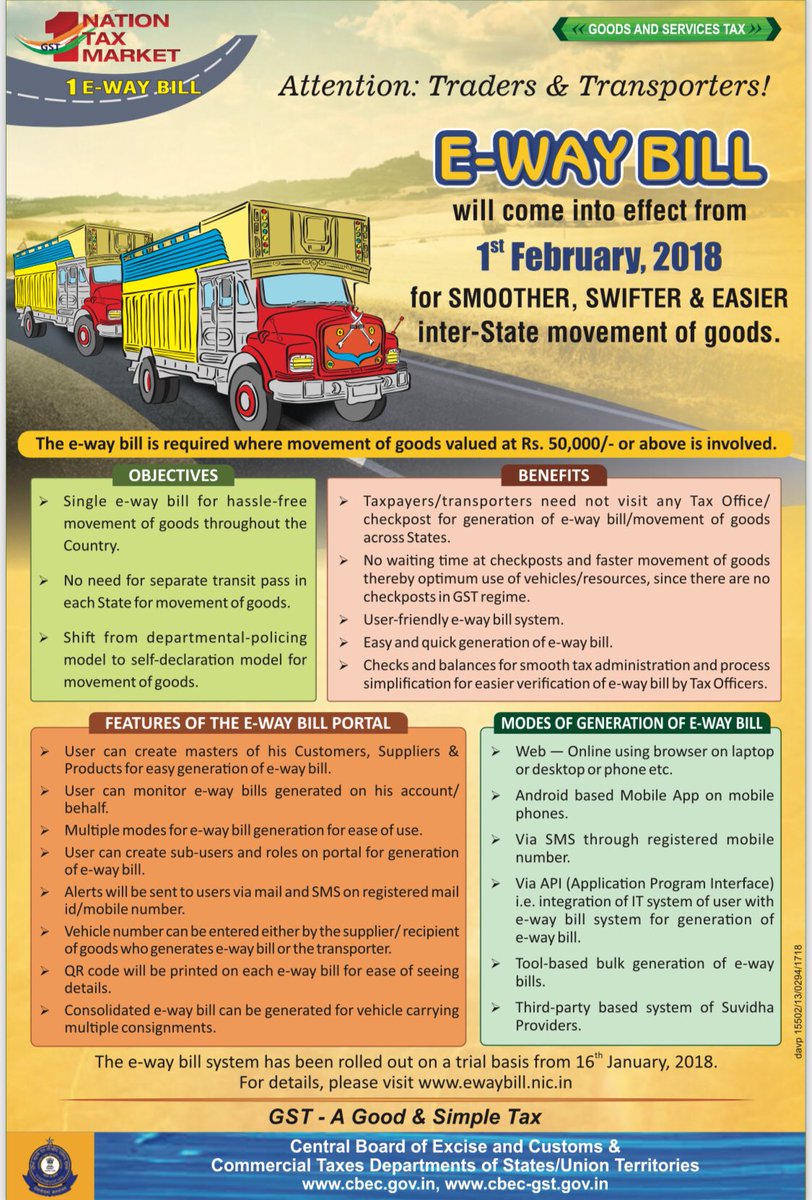