Analysis with Examples section 270A  of Income Tax -200% Penalty

Finance Act, 2016 replaces the section 271 of Income Tax Act by section 270A and provides penalty for underreporting and misreporting of income with effect from assessment year 2017-18, that is, relevant to the previous year or financial year 2016-17.

The replacement is explained as follows in the Memorandum explaining the provisions of the Finance Bill, 2016 :

“Under the existing provisions, penalty on account of concealment of particulars of income or furnishing inaccurate particulars of income is leviable under section 271(1)(c) of the Income-tax Act. In order to rationalize and bring objectivity, certainty and clarity in the penalty provisions, it is proposed that section 271 shall not apply to and in relation to any assessment for the assessment year commencing on or after the 1st day of April, 2017 and subsequent assessment years and penalty be levied under the newly inserted section 270A with effect from 1st April, 2017. The new section 270A  provides for levy of penalty in cases of under reporting and misreporting of income.

Critical  Analysis of Section 270A of Income Tax Act

A person can be considered to have underreported his income in the following different situations, as specified in various clauses:

Quantification of underreported income [Sub-section (3) of Section 270A]

The different situations, as contemplated by the sub-section, are explained and illustrated:

It requires aggregation of under-reported income as per normal provisions as well as deemed total income (under section 115JB/115JC).

Determination of under-reported income in case of losses

The amount of under-reported income will be difference between:—

Tax  Payable  in respect of the underreported income should, in different circumstances, be calculated as follows:

The tax would be calculated on under Reported Income at the applicable rate.

No 1 Example under Section 270A : Return of income not furnished and income is assessed for the first time:

An individual, aged 50 years, does not furnish his return of income for assessment year 2017-18 and total income assessed Rs. 6,00,000 then the penalty will be calculated as under:

No 2 Example under Section 270A : Where total income (as per intimation) or assessed/reassessed/ recomputed total income is a loss

An individual, aged 50 years, filed his return of income for assessment year 2017-18;

then the penalty will be calculated as under:

No credit for tax is paid in advance 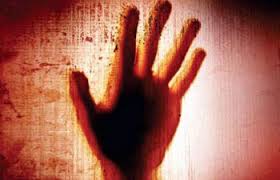