Highlights of Report of Rajya Sabha Panel on GST Bill 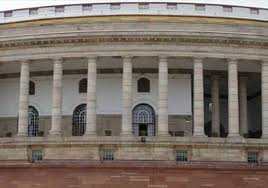 The Bill empowered GST Council to make recommendations for the rates of goods and service tax including floor rates with bands. The Committee recommended that the word ‘band’ may be defined in GST laws as following:

It can be said that while construing above definition of ‘Band’ one has to ensure that harmonized structure of GST-rates must not be altered.

The Committee found no merit in altering the voting pattern proposed in the Bill.

It also didn’t recommend inclusion of provision for GST Dispute Settlement Authority having noted that GST Council shall decide only the ‘modalities’ to resolve disputes.

The Bill proposed definition of ‘goods and services tax’ to mean any tax on supply of goods, or services or both. The Committee opined that the term ‘supply’ would be defined in the various GST laws relating to CGST and SGST, therefore, it would not be appropriate to define the term ‘supply’ in the Bill.

The Bill proposed to define ‘services’ to mean anything other than goods. The Committee felt that  term ‘services’ had been so defined in order to give it wide amplitude so that all supplies that are not goods can broadly be covered within the ambit of services and no activity remains outside the taxable net. It also opined that this would also minimize disputes. In view of the above, it proposed no change in the definition.

The Bill proposed to levy non-Cenvatable additional tax at 1% on inter-State supply of goods. The Committee felt that the provision of 1% additional tax in its present form was likely to lead to cascading effect of taxes. Therefore, it strongly recommended that following Explanation should be added for word ‘supply’:

Supply: “All forms of supply made for a consideration.”

The Bill proposed that the Parliament ‘may’ compensate States for loss of revenue for a period which may be extended to five years. The Committee felt that there was no justification for substitution of the word ‘may’ with ‘shall’. It, however, recommended that compensation should be provided for whole period of five years.

Click here to view the report of Select Committee on GST-Bill.