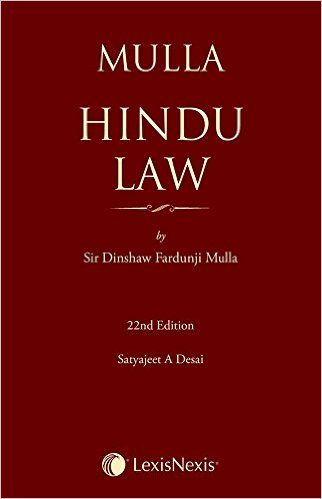 • First published in 1912, this legal classic is the most highly acclaimed and authoritative commentary on Hindu Law
• It is widely cited in numerous Supreme Court and High Court judgments
• The commentary is divided into two Parts:
Part 1 dealing with customary Hindu Law and Part 2 comprising section-wise commentary on four major enactments i.e. The Hindu Marriage Act, 1955; The Hindu Succession Act, 1956; The Hindu Minority and Guardianship Act, 1956; and The Hindu Adoptions and Maintenance Act, 1956.
• Examines issues of contemporary significance such as