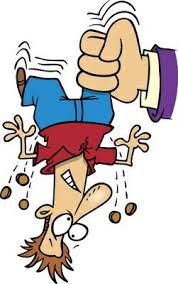 Whether reassessment at instance of audit party on account of non-inclusion of excise duty refund in total income was unjustified ?

B.S. Soparkar for the Petitioner. Varun K. Patel for the Respondent.

2. In the facts and circumstances of the case and with the consent of the respective parties, present petition is taken-up for final hearing, today.

3. By way of this petition under Article 226 of the Constitution of India, the petitioner has prayed for an appropriate writ, direction or order to quash and set aside the impugned notice, Dated : 11.03.2013, Annexure-A to the petition, by which the assessment for the A.Y. 2009-2010 is sought to be reopened in exercise of powers under Section 147 of the Income Tax Act.

4. The assessment proceedings for the year under consideration, i.e. A.Y. 2009-10, came to be concluded vide assessment order dated 24.12.2010. The impugned notice under Section 147 of the Act came to be issued on 11.03.2013. At the instance of the petitioner-assessee, the AO provided the reasons for reopening of the assessment vide communication dated 03.12.2003. That, thereafter, the petitioner raised detailed objections and requested the Respondent-AO to drop the reassessment proceedings, which are disposed of by the Respondent by communication dated 11.03.2014. Hence, the petitioner has preferred the present petition for the aforesaid reliefs.

5. Shri. S.N. Soparkar, learned Counsel, appearing on behalf of the petitioner-assessee, has made elaborate submissions on merits by submitting that, as such, the ground on which the reassessment proceedings are initiated are not germane and / or, as such, there was no suppression on the part of the petitioner-assessee. It is submitted that the assessment is sought to be reopened solely on the ground of refund of excise duty amounting to Rs.150.24 lacs not being added to the total income. It is submitted that, as such, the explanation with regard to the above-mentioned ground was furnished to the AO and the petitioner had explained the treatment of excise duty refund at the time of assessment proceedings. It is even pointed out in the objections that the same practice was consistently followed in the past. It is, further, submitted that even otherwise the reassessment proceedings are initiated solely at the instance of the audit party, raising audit objections, which is not permissible.

6. In support of his above submission that solely on the ground of audit objections by the audit party, the reassessment proceedings cannot be reopened, Shri. Soparkar, learned Counsel appearing on behalf of the petitioner-assessee, has heavily relied on a decision of the Division Bench of this Court in the case of CIT v.Shilp Gravures Ltd. [2013] 40 taxmann.com 309/[2014] 220 Taxman 382 as well as in the case of Vodafone West Ltd. v. Asstt. CIT [2013] 37 taxmann.com 158 (Guj.). He has also relied upon a recent decision of this Court, in the case of Mayur Wovens (P.) Ltd. v. ITO [Special Civil Application Nos. 3707 and 3708 of 2014, dated 8-7-2014].

7. Making the above submissions, it is requested to quash and set aside the impugned notice of reassessment.

8. Shri. Varun K. Patel, learned Advocate, has appeared on behalf of the Respondent-Revenue. To satisfy ourselves, whether the reassessment proceedings have been initiated at the instance of the audit party and solely on the ground of audit objections, we called upon Shri. Patel, learned Advocate appearing on behalf of the Respondent-Revenue, to provide the original file from the AO and Shri. Patel has produced the relevant files from the office of the AO. On a perusal of the files, the noting made therein and the relevant documents, it appears that the assessment is sought to be reopened at the instance of the audit party, solely on the ground of audit objections. It is also found that, as such, the AO tried to sustain his original assessment order and submitted to the audit party to drop the audit objections. Such being the position, the matter requires to be considered. This Court has observed and held as under at Para-8 in “Mayur Wovens (P.) Ltd.’s case (supra);

“8. The issue involved in the present Special Civil Applications is squarely covered by the decision of the Division Bench of this Court in the case of Shilp Gravures Ltd. (supra) and in the case of Vodafone West Ltd. (supra) by which a view is taken that if the reassessment proceedings are initiated merely and solely at the instance of the audit party and when the Assessing Officer tried to justify the Assessment Orders and requested the audit party to drop the objections and there was no independent application of mind by the Assessing Officer with respect to subjective satisfaction for initiation of the reassessment proceedings, the impugned reassessment proceedings cannot be sustained and the same deserves to be quashed and set aside.”

9. In view of the above and for the reasons stated herein above, present petition succeeds on the aforesaid ground alone, i.e. the assessment was reopened solely on the ground of audit objections raised by the audit party. Consequently, the impugned reassessment proceedings are hereby Quashed and set aside. Further, it is made clear that we have expressed no opinion with respect to the grounds of objections raised and the impugned reassessment proceedings are quashed and set aside solely on the aforesaid one ground only. Rule is made absolute. In the facts and circumstances of the case, there shall be no order as to costs.