Hospitality and telephone allowances to assessee being in nature of reimbursement cannot be treated as income in hands of assessee and, consequently, non-inclusion of same in assessee’s return of income could not be treated as concealment of income and penalty was not called for 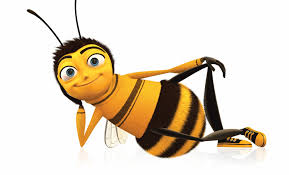 IN THE ITAT CUTTACK BENCH

S.N. Sahu for the Appellant. S.C. Mohanty for the Respondent.

4. In reply, the learned Departmental representative vehemently supported the order of the Assessing Officer and the learned Commissioner of Income-tax (Appeals).

5. We have considered the rival submissions. A perusal of the assessment order clearly shows that the Assessing Officer has treated the amount of Rs. 5,000 per month towards hospitality allowance reimbursement and Rs.1,000 per month towards telephone allowance reimbursement as the salary income of the assessee. Admittedly the letter dated September 6, 2010, which has also been extracted by the Assessing Officer clearly shows that the amounts are only reimbursements. The amounts having been shown as reimbursement the same cannot be treated as income in the hands of the assessee especially under the head “Salary”. Consequently, non-inclusion of the same in the assessee’s return of income could not be treated as concealment of income. In any case, the assessee is not in appeal against the addition made in the assessment order, however, that would not bar the assessee from raising its plea of reasonable cause in the penalty proceedings. A perusal of the letter issued by the Orissa Engineering College clearly mentioning the same to be reimbursement, the same cannot be treated as the salaried income of the assessee, which has been concealed by the assessee. In these circumstances, we are of the view that the penalty levied by the Assessing Officer and confirmed by the learned Commissioner of Income-tax (Appeals) is unsustainable and consequently deleted.

6. In the result, the appeal of the assessee is allowed