Jenny Wong analyses a recent Federal Court decision regarding Australia’s rights to tax payments to an Indian company in Australia.

The Full Court handed down its decision for Tech Mahindra Limited v Commissioner of Taxation [2016] FCAFC 130 (22 September 2016). The case concerns the Australia and India Treaty and whether Australia had the right to tax payments for services rendered in India as royalties (at a capped rate on the gross amount) or as business profits (net basis taxation). 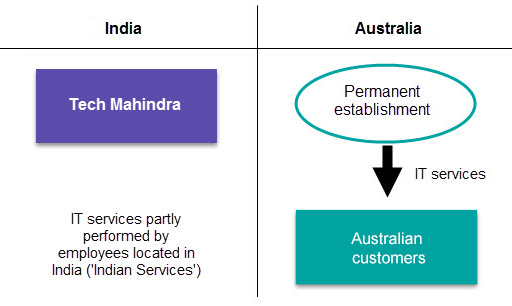 The taxpayer disputed that Australia had taxing rights in relation to income from services performed by the taxpayer in India. The primary judge held that certain categories of payments referable to the Indian services were ‘royalties’ under Article 12(3)(g) and also held that Article 12(4) was not engaged so that Australia had the right to tax the payments as royalties under Article 12(2) of the Australia/Indian treaty. The result of which is that the payments would be taxed on a gross basis as royalties (as opposed to a net basis as business profits). The taxpayer appealed the primary judge’s decision on Article 12(4) but not the finding that the payments were royalties.

This case provides a good analysis of the interpretation of treaties, the interaction of the royalties and business profits article, and when services are ‘effectively connected’ to a permanent establishment. It demonstrates it can’t be used to disentitle the source state from any taxing rights.