Where assessee’s entire sales are below cost owing to international market prices being very low, sales to related parties cannot be value on basis of ‘cost plus method’ and are to be valued as per best judgment principle at ‘price charged from unrelated parties’ 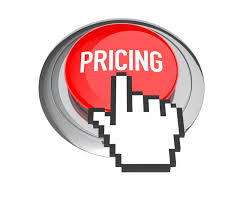 2. The appellant is a company whose shareholders are the Tamil Nadu Government – 17.61 per cent, SPIC – 16.93 per cent, and banks, financial institutions and the general public holding the balance of 65.46 per cent. The appellant, inter alia, manufactured Epichlorohydrin (hereinafter referred to as ‘ECH’) which is a chemical used in the manufacture of Epoxy Resins. The international price of ECH was stated to be very low compared to the high cost of production in India and therefore, on a representation made by the appellant, the Central Government had imposed an import duty on ECH so as to make the appellant, the manufacturer of ECH, viable. This duty was, however, discontinued after one year, as a result of which, the appellant was incurring heavy losses in respect of the plant that they set up for the manufacture of ECH. In the said circumstances, a Joint Venture Company was established in the year 1996 between the appellant on the one hand and CIBA-Geigy Limited, Basel, Switzerland and its subsidiary CIBA India Private Limited, Mumbai, on the other, with an investment of Rs.600 million, with the lion’s share of investment being by CIBA-Geigy Limited and its subsidiary at Rs. 456 million and the appellant investing Rs.144 million.

For this reason, CIBA-Geigy Limited and its subsidiary held 76 per cent of the shareholding of the newly formed Joint Venture Company which is M/s. Petro Araldite Private Limited (hereinafter referred to M/s. PAPL) and 24 per cent of the shareholding was held by the appellant. This joint venture was established for the manufacture of Epoxy Resins using ECH as the raw material manufactured by the appellant. This joint venture went on until November, 2000 when CIBA-Geigy Limited and its subsidiary decided to exit and sell its entire shareholding in the joint venture company M/s.PAPL to Vantico Performance Polymers Private Limited, USA (hereinafter referred to as ‘Vantico’ as short). This was pursuant to a Memorandum of Agreement dated 25.11.2000. Consequent upon the said exit of CIBA-Geigy Limited and its subsidiary and the entrance of Vantico, a new supply agreement dated 22.03.2001 was entered into. It is not necessary for the present appeals to go into details of any of these agreements inasmuch as there are detailed findings of fact both by the Deputy Commissioner in his Order-in-Original dated 30.07.2003 and by the Commissioner in his Order-in-Original dated 13.07.2004 who have considered these agreements in great detail and ultimately arrived at a conclusion that though there is no interconnection within the definition of “related person” as it stood at the relevant time, there is mutuality of interest in that the purchaser, M/s. PAPL, could be said, thanks to several factors, to have an indirect interest in the business of the appellant and vice versa. These findings of fact have been confirmed ultimately by the Customs, Excise and Service Tax Appellate Tribunal (hereinafter referred to as ‘CESTAT’) in the impugned judgment and we find no reason to disturb the same. The only discordant note was struck by the Commissioner (Appeals) in an appeal from the Order-in-Original dated 30.07.2003 by the appellant. We find cogent reasons given by the CESTAT to agree with the Order-in-Original and not with the appellate order dated 19.03.2004.

3. This being the case, ordinarily we would have dismissed the present appeals. However, it has been pointed out by Shri S. K. Bagaria, learned senior counsel appearing on behalf of the appellant, from a chart that, in fact, arm’s length sales, on which there is no dispute (which accounts for roughly 14 per cent of the production of the appellant), were also made at prices way below the cost of production for the simple reason that the international prices at that time were very very low. Details of this chart are set out hereinbelow: —

4. We were also shown in an annexure to one of the show cause notices that, at that point of time, the cost itself of ECH was Rs. 1,57,548/-. Even according to the Department if the sale price contained in another chart is compared with the cost of production, it is clear that even the sales made to arm’s length purchasers is at prices ranging between Rs.69,000/- and Rs.85,000/- which is way below cost at Rs.1,57,548/-. While agreeing with the CESTAT that none of the Central Excise (Valuation) Rules would be directly applicable as a result of which Rule 11 would have to be relied upon – which gives the authority the power to make a best judgment assessment – we find that on facts in the present case, the cost of manufacture plus 15 per cent principle would not be attracted for the simple reason that it is found that in point of fact, sales made to arm’s length purchasers were way below cost. A best judgment assessment must be made reasonably and not arbitrarily. To apply the cost plus principle on facts where arm’s length sales are made at well below cost is to choose a principle that would work arbitrarily as the endeavour of the assessing authority is to arrive at an arm’s length wholesale cash price to value the aforesaid manufactured articles for purposes of levy of excise duty. We, therefore, set aside only that portion of CESTAT which applies the cost plus principle and decide the matter by asking the authorities to re-calculate the duty payable on the basis of the difference between the price charged to the arm’s length purchasers and the price charged to M/s. PAPL. With these observations, we dispose of the present appeals.