IN THE ITAT BANGALORE BENCH ‘B’

Ajay Rotti, CA for the Appellant. Muzaffar Hussain, CIT – DR for the Respondent.

Brief facts of the case are as under:

3. Ld. AR submitted that assessee is a company engaged in the business of providing Third Party Administration (hereinafter referred to as TPA) services to insurance companies. It has been submitted that, income is earned by assessee based on the contract entered with insurance companies in respect of policies entrusted to assessee for rendering TPA services. Ld.AR submitted that assessee has been given license by Insurance Regulatory and Development Authority in May 2002, to operate as a TPA, vide License No. 16. Assessee has attached said certification at page 124 of paper book. On perusal of the certificate, it is observed that, license has been renewed from 16.05.14 to 15.05.17.

3.1. Assessee for year under consideration, filed its return of income declaring loss of Rs. 4,49,76,074/-. The case was selected for scrutiny and notices under sections 143 (2) and 142 (1) was issued, in response to which, representative of assessee appeared before Ld.AO and filed relevant details, particulars and clarifications as called for.

Ld. AO observed that, assessee claimed sum of Rs. 58,80,650/- in respect of toll-free numbers. He observed that assessee did not deduct any TDS on these payments. Ld. AO accordingly, called upon assessee to show cause, as to how provisions of TDS were not applicable to these payments. In response to show cause, assessee submitted that, these payments were not towards professional services rendered, and also that, these payments are not in the nature of royalty. Contentions of assessee were not accepted by Ld. AO. Ld. AO opined that due to amendment to section 194J, tax is required to be reduced on domestic royalty payment w.e.f. 13-07-06. He thus made disallowance under section 40(a)(ia) of the Act in the hands of assessee, for failure to deduct TDS as per provisions of section 194J of the Act.

3.2. Ld. AO further observed that, receipts as per 26AS did not match with the amount recorded in books of assessee. Ld. AO accordingly, called for reconciliation, which was furnished and has been annexed as Annexure A to the assessment order. Ld. AO on verification of reconciliation statement observed that, assessee could not furnish any explanation in respect of certain amounts recorded less in assessee’s books for relevant period, as compared to gross receipts appearing in 26AS statements.

3.3. Ld. AO was of the opinion that, such sum appearing as shortfall in the books of assessee, amounts to be undisclosed income and added it to the returned income of assessee. He thus disallowed a sum of Rs. 5,59,91,513/-, as a consequence to which, TDS credit was also disallowed, as it pertained to earlier assessment years.

Aggrieved by additions made by Ld. AO, assessee preferred appeal before Ld.CIT (A), who upheld observations of Ld.AO.

3.4. As regards application section 9(1)(vi) of the Act to toll-free charges paid by assessee being royalty, Ld. CIT(A) observed as under:

“4.5 On cogent reading of definition of “royalty” with these explanations would reveal that the payment made by the assessee for data/voice transmission through leased line/temp telecommunication charges would fall within the definition of “royalty” under section 9(1)(vi) of the act. Since the year under consideration is A.Y. 2014-15, so these amendments introduced by the finance act 2012 would be squarely applicable as for this year the dispute of their retrospective nature would not be there.

4.6 in case of Verizon Communications Singapore PTE Ltd. v. Income Tax Officer, International Taxation (2014) 361 ITR 575 (Madras), the High Court has gone in depth into an identical issue. Expert opinion of a technical expert (an IIT asst. Professor) was used by the High Court to examine the technical aspect of communication through a leased line. The court held that payment was in nature of ‘Royalty’. The court further observed that even if the payment is not treated as one for the use of equipment, the use of the process was provided by the assessee, whereby through the assured bandwidth the customer is guaranteed the transmission of the Tata and voice and thus the consideration being for the use and the right to use of the process, it is “royalty”. So the decision of Verizon (supra) is squarely applicable to the present case. It also needs to be noted that the decision relied by the appellant have been taken into consideration in the verdict of orderable High Court in the Verizon (supra) case. In the case of Bharat Sanchar Nigam Ltd. v. Union of India (282 ITR 273) relied by the appellant, the issue under consideration was the nature of the transaction by which mobile phone connections are enjoyed. It is a sale or is it a service or is it both? The question for payment of lease line was not before Hon’ble Court for adjudication. Therefore this decision will not be applicable in the case of the appellant.”

In respect of difference in receipt appearing in Form 26AS and books of account, Ld. CIT(A) held that, difference amounted to suppression of income and that assessee cannot seek immunity under AS9 standards.

3.6. In regards, disallowance of TDS credit, Ld. CIT(A) opined that as assessee claimed TDS on gross receipts that pertained to previous years and that TDS cannot be differed by the payer once payment is made or credited to the assessee.

Aggrieved by order of Ld. CIT(A), assessee is in appeal before us.

4.1. Referring to assessment order, Ld.AR submitted that assessing officer has applied Explanation 6 to present facts of the case which has been inserted w.e.f. 01-06-76, by Finance Act, 2012. In support of his contention Ld.AR placed reliance upon order passed by Hon’ble Bombay High Court in case of CIT v. NGC Networks (India) (P.) Ltd. [IT Appeal No. 397 of 2015, dated 29-1-2018], wherein Hon’ble Court observed and held as under:

“……. (d) we find that view taken by the impugned order dated 09-07-14 of the Tribunal that a party cannot be called upon to perform an impossible act i.e, to comply with a provision not in force at the relevant time but introduced later by retrospective amendment. This is in accordance with the view taken by this court in CIT v. Cello Plast (2012) 209 Taxmann 617-wherein this court has applied the legal maxim, Lex non-cogit ad impossibilia (law does not compel a man to do what he cannot possibly perform.

(e) In the present facts, the amendment introduced by Explanation-6 to section 9(1)(vi) of the act took place in the year 2012 with retrospective effect from 1976. This could not have been contemplated by the responded when he made the payment which were subject to tax deduction at source under section 194C of the Act during the subject assessment year, would require deduction under section 194J of the Act due to some future amendment with retrospective effect.”

4.2. On the contrary, Ld.CIT DR placed reliance on order passed by authorities below and decision of Hon’ble Madras High Court, in case of Verizon Communications Singapore PTE Ltd. (supra).

5. We have perused submissions advanced by both sides in light of records placed us.

Ld.CIT(A) dismissed the issue raised by assessee by relying on decision of Hon’ble Madras High Court in case of Verizon (supra).

5.1. Section 194J of the Act, enjoins upon any person not being an individual or a HUF to deduct tax at source on certain payments, one of them being royalty, to a resident. Explanation (ba) to section 194J(1) defines ‘royalty’, by referring to the meaning given in Explanation 2 to section 9(1)(vi) of the Act. For sake of convenience, Explanation 2 of section 9(1) (vi) is extracted hereunder :

5.2. ‘Royalty’, as defined herein above, has very wide import. It brings within its ambit payment made for any kind of services received. As can be seen from the above, ‘royalty’ as per clause (vi) of section 9 would take within its ambit, rendering of any services in connection with activities referred in sub-clauses (i) to (v). In our view consideration paid by assessee is towards provision of bandwidth/telecommunications services for the ‘use of’, or ‘right to use equipment”.

As we analyse services received by assessee in present facts of case, assessee is assured, bandwidth through which, assessee was guaranteed transmission of data and voice, of customers. We observe that there is a ‘process’ involved for exclusive communication link of customers with assessee. It is pertinent to note that, definition of term “royalty” in Explanation 2 to section 9(1)(vi) includes the term ‘process’.

Ld AR substantially argued against retrospective application of Explanation 6 applied by authorities below. In our view, this explanation merely defines the expression, ‘process’ , which has to be read into Explanation 2, while examining definition of the term ‘royalty’ into facts of a case.

For the sake of convenience the same is reproduced herein below:

“Explanation 6– for the removal of doubts, it is hereby clarified that the expression “process” includes and shall be deemed to have always included transmission by satellites (including up-linking, amplification, conversion for down-linking of any signal), cable, optic fibre or by any other similar technology, whether or not such process is secret;”

We therefore reject argument advanced by Ld.AR that Explanation 6 cannot be applied to definition of ‘Royalty’

Facts in decision relied upon by Ld.AR rendered by Hon’ble Bombay High Court in case of NGC Networks India (P.) Ltd. (supra) is different from facts in present case and therefore will be of any help to assessee.

On the basis of above discussions, we are of the opinion that, payments made by assessee is royalty, in terms of section 9(1)(vi) of the Act, and is liable to deduct TDS under section 194J of the Act. We therefore are in agreement with the view taken by Ld.CIT (A).

Admittedly, assessee has not deducted TDS on payments made towards toll-free charges, and therefore, disallowance under section 40(a)(ia) is warranted. However, we set aside this issue to Ld.AO for verification as to whether the payee paid taxes on such payments received from assessee during relevant period. Reliance is placed on decision of Hon’ble Supreme Court in case of Hindustan Coca-Cola Beverages (P.) Ltd. v. CIT [2007] 163 Taxman 355/293 ITR 226, wherein it has been observed that, where tax due has been paid by the deducted, demand under section 201 (1) of the Act cannot be enforced on assessee. In the event, assessee is able to establish that, due tax has been paid by Payee on such payments received, the disallowance made under section 40(a)(ia) shall be deleted. Needless to say that assessee shall be granted proper opportunity of being heard as per law.

With the above directions we set aside this issue back to Ld. AO.

Bothe sides submitted that assessee in appeals for A.Yrs: 2011 – 12, 2012 – 13 and 2013 – 14 has raised same issue in Grounds 1-3, considered herein above. They also submitted that facts and circumstances of the case are similar and identical to facts for A.Y: 2014 – 15. Both parties rely on arguments advanced herein above. Accordingly, applying view taken herein above mutatis mutandis, we dismiss Ground 1 and set aside Ground 2-3 to Ld. AO with similar direction.

Respectfully following the same, we direct Ld. AO of grant depreciation on UPS at 60%.

In the result appeals for A.Yrs:2011-12 to 2014-15 stands partly allowed for statistical purposes as indicated herein above. 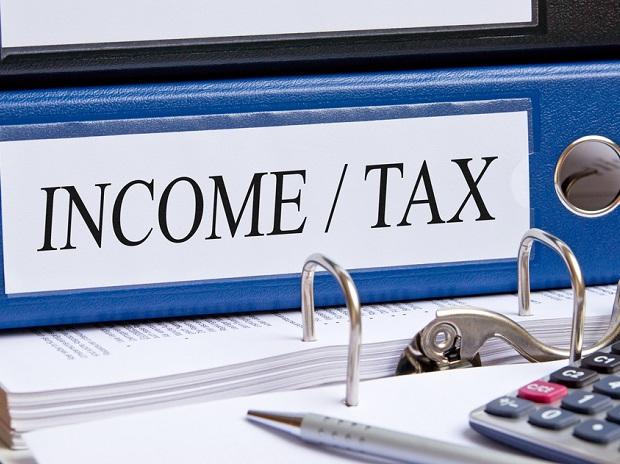