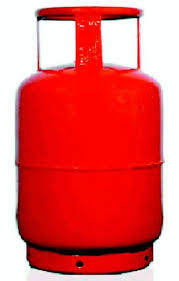 Answer Yes.  sale of gas cylinders by the appellant was liable to be included in the turnover and was required to be audited under Section 44AB of the Act.

Tarun Agarwala, J. – The appellant is a distributor of Indian Oil Cooking Gas and is also engaged in the sale of gas stove and spare parts. For the assessment year 1999-00, the appellant showed a sale of Rs.2,80,578/-. A turnover was shown relating to sale of miscellaneous items other than sale of gas cylinders. The appellant had also shown a receipt of commission of Rs.4,80,686.91 from Indian Oil Corporation, which was credited to the profit and loss account. On the basis of the return filed and information gathered by the Assessing Officer, notice under Section 271B of the Act was issued by the Assessing Officer to show cause why a penalty should not be imposed on the ground that the assessee had failed to get his account audited under Section 44AB of the Act as he had failed to disclose the turnover on sale of cylinders amnounting to Rs.4,73,45,398/- and since the turnover exceeded Rs.40 lacs, the assessee was under a legal obligation to get his books of account audited under Section 44AB of the Act. The appellant filed his reply contending that since no order has been passed no penalty proceedings could be initiated. The appellant further submitted that the appellant had not made any purchases from the bottling plant nor had sold any gas and that whatever goods were sent by the corporation, the ownership of those goods remained with the corporation and that the appellant was only allowed to take commission and, consequently, the provision of Section 44AB of the Act was not applicable.

2. The Assessing Officer did not agree with the submission of the appellant and passed an order under Section 271B of the Act imposing a penalty of Rs.86,880/- being half percent of the total turnover, which he assessed at Rs.1,73,75,938/-. The appellant, being aggrieved, filed an appeal, which was dismissed by the Commissioner of Income Tax (Appeals). The appellant, being aggrieved, filed a second appeal before the Tribunal, which was also rejected. The appellant has thereafter, filed the present appeal under Section 260A of the Income Tax Act, which was admitted on various questions of law.

3. We have heard Sri Suyash Agarwal, the learned counsel for the appellant and upon hearing we find that the questions of law is required to be reformulated as under:

4. The assessee contends that as per the agreement he was only a distributor and was not carrying on the business of purchase and sale of gas cylinders and that he was only getting a commission. It was urged that since the commission given to the appellant by the Indian Oil Corporation was less than Rs.40 lacs, the appellant was under no obligation to get the accounts audited under Section 44AB of the Act.

7. The learned counsel for the appellant contended that imposition of penalty under Section 271B of the Act is discretionary and is not mandatory as is clear from the provision itself, which uses the word “may” instead of the word “shall”. In addition to the aforesaid, the learned counsel placed reliance upon a decision of the Madhya Pradesh High Court in ITO v. Nanak Singh Guliani [2002] 257 ITR 677and another decision of the Gujarat High Court in ITO v. Sachinam Trust [2010] 320 ITR 445 wherein it was held that the power of the Assessing Officer to impose penalty was discretionary and not mandatory and that if a reasonable cause had been shown, no penalty could be imposed. The learned counsel also placed reliance to the provision of Section 273B of the Act to show that where an assessee shows reasonable cause, penalty may not be imposed.

8. The learned counsel for the appellant further placed reliance upon a decision of this Court in CIT v. S.K. Gupta & Co. [2010] 322 ITR 86 in which it was held that where the books of accounts was not maintained, the question of getting the books of account audited would not arise and, consequently, penalty proceedings could not be initiated under Section 271A of the Act.

9. Having heard the learned counsel for the appellant, we find that it has not come on record that the assessee had not maintained any books of account. In the light of this assertion being absent, the decision of a Division Bench of this Court in S.K. Gupta & Co. case (supra) is not applicable.

10. No doubt, in view of Section 237B of the Act if a reasonable explanation is given, the penalty proceedings initiated under Section 271B being discretionary could be dropped or a lesser penalty could be imposed. In the instant case, we find that the appellant was carrying on the business of sale of gas cylinders and since his turnover was more than Rs.40 lacs the appellant was under an obligation to get his books of account audited under Section 44AB. Since the books of account was not audited, penalty proceedings were rightly initiated. We find that explanation given by the appellant for non-compliance of the provision of Section 44AB of the Act was neither sound not justifiable. The reason given that the appellant was only a commission agent and that his commission being less than Rs.40 lacs and, consequently, he was not required to get his books of account audited cannot be accepted nor is reasonable.

11. In the light of the aforesaid, we do not find any error in the impugned orders. The imposition of penalty was justified. All the appeals fails and are dismissed. The questions of law are answered accordingly.