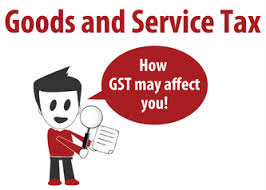 Even as the composite rate for the goods and services tax (GST) is yet to be finalised, policymakers here have come to an understanding that the proposed comprehensive indirect tax will have equal central and state components (C-GST and S-GST). However, states will have the flexibility to keep a slightly higher rate of S-GST for some goods to meet their revenue expediencies or even as a policy tool.

A senior official said here on Tuesday that this “narrow band” over and above the S-GST rate would, however, be capped at 2%, meaning if the standard rate is 8%, some items could for specified periods be taxed at rates not exceeding 10%. Rashmi Verma, special secretary (revenue) in the finance ministry, said at a conference organised by industry chamber CII: “The (narrow band) could be kept lower than 2% but certainly not above 2%.”

The central and state governments are yet to decide on the number of tax slabs in the GST but there would indeed be one merit rate applicable on items like essential commodities and foodgrains and the more commonly applied higher rate called the standard rate.

While there is no consensus yet in the Rajya Sabha on the GST Constitutional Amendment Bill (which requires two-thirds majority of all present and voting), the Centre and states are going ahead with drafting the model GST legislation so that the tax reform could be rolled out once the political logjam is resolved.

Verma said that GST regime does not encourage tax exemptions. However, the state-specific exemptions could continue. “The taxpayer will have to pay GST in full, but the states could refund them as they do in some cases now (if regional exemptions are to be maintained),” Verma said. One example is the refund of entertainment tax on regional movies that some states give.

While about 250 manufactured items and about 100 services are exempted from central taxes, all states put together have about 99 exemptions from value-added tax (VAT). While these exemptions may more or less continue in the initial years of GST, the idea is to converge them over a period of time.

Many expert panels have recommended revenue-neutral rates (RNR) for an all-encompassing GST between 12% and 27%. However, the Rajya Sabha select panel that reviewed the GST Bill is of the view the GST rate should not exceed 20% and finance minister Arun Jaitley also articulated his preference for keeping GST rate as low as possible.

The finance ministry on Tuesday invited public comments on the report on tax returns to be filed by businesses and traders. The report revamps the entire input tax credit system with the help of a massive IT network that attempts to plug tax evasion.

VS Krishnan, member, GST in the Central Board of Excise and Customs (CBEC), said businesses will file GST returns based on self-assessment. When one of the parties to a transaction files details of a sale or a purchase in the GST network, it would auto-populate the details on the other parties’ expected return. If the returns are not matched in two months, the tax credit allowed would be reversed. “The return filing system is designed to save time and increase tax compliance,” explained Krishnan.

The report on GST returns specifies the frequency and contents of filings to be made by different classes of taxpayers.