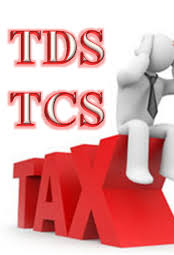 Question Whether  TCS on sale of Imported Timber should be collected from the buyers ?

Answer: yes, Tax at Source has to be deducted on sale of Imported timber as Section 206C does not draw any distinction between timber grown in india and timber imported from abroad

Section 206C, read with section 44AC, of the Income-tax Act, 1961 – Collection of tax at source (Timber) – Assessees were timber merchants – They were importing timber from other countries and selling them mostly to registered dealers in Kerala and outside State – Assessing Officer observed that assessees were not collecting any ‘tax at source’ in terms of section 206C(1) from purchasers/dealers to whom imported timber was sold – Assessing Officer treated assessees as assessees in-default under section 206C(6) and demanded tax and interest – Assessees contended that they were not covered under section 206C(1) – Whether section 206C does not draw any distinction between ‘timber grown in india’ and ‘timber imported’, from abroad – Held, yes – Whether, therefore, assessee was required to collect tax at source from purchasers/dealers in terms of section 206C at time of sale – Held, yes [Para 22] [In favour of revenue]