Where assessee made payments towards bill management services, since said services were not in nature of professional services, rather it was a case of service contract, provisions of section 194J would not apply and, tax was required to be deducted under section 194C in respect of said payments 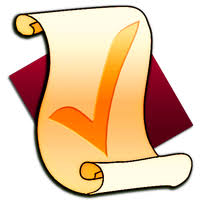 Ameetkumar Deshpande, Adv. for the Appellant. A. Shankar, V. Chandrashekar and M. Lava, Advs. for the Respondent.

Subhro Kamal Mukherjee, Actg. CJ. – These appeals by the revenue are against the judgment and order dated September 30, 2013, passed by the Income-Tax Appellate Tribunal, C Bench, Bengaluru, affirming the order dated July 29, 2011, passed by the Commissioner of Income-tax (Appeals), Navanagar, Hubli.

2. We are informed that in all these six appeals, similar questions of law and facts are involved. Therefore, by consent of the parties, we take up all these appeals for analogous hearing.

3. Gulbarga Electricity Supply Company Limited, the assessee in short, challenged demands of the jurisdictional Deputy Commissioner of Income-tax. Appeals were filed before the Commissioner of Income- tax (Appeals) and by order dated July 29, 2011, the appeals were partly allowed. The revenue took the matter before the Income-tax Appellate Tribunal, but the attempt of the revenue was abortive.

4. The first issue involved in these appeals is if on the payment made against the supply of materials included in composite contracts for executing Turnkey Projects, provisions under Section 194C of the Income-tax Act, 1961 (for short, ‘the Act’) would attract or not.

6. The Tribunal, in its detailed discussion, held that the issue regarding non-deduction/short deduction of tax deducted at source on payments made on supply part of contracts awarded for execution of Turnkey Projects, has, already, been settled by the Jurisdictional High Court in the case of CIT v. Karnataka Power Transmission Corpn. Ltd. [2012] 208 Taxman 73 The issue was decided by a Division Bench of this court on March 15, 2012. It is recorded that the decision of the coordinate Bench is also binding on this Bench.

7. We are, also, of the opinion that the clauses of the contract particularly, clause 3.5 of the contract agreement, make it clear that three separate contracts have been entered into, but all the separate contracts were integral parts of a composite contract on single sale responsible basis. The invoices raised on the basis of the said composite contract separately mentioning the value of the material supplied, no deduction is permissible under Section 194C of the Act. Section 194C of the Act cannot be pressed into service to deduct tax at source. The whole object of introduction of that Section is to deduct tax in respect of payments made for works contract. No division is, therefore, permissible in respect of a contract for supply of materials for carrying out the work. It is in a case of distinct contracts. The contract for supply of material being a separate and distinct contract, no division is permissible under Section 194C of the Act. Section 194C has suffered an amendment also with effect from October 1, 2009 and the provision has been made very clear without any ambiguity.

8. Thus, we can conclude safely that if a person executing the work, purchases the materials from a person other than the customer, the same would not fall within the definition of ‘work’ under Section 194C of the Act.

9. Now, we shall deal with the second issue. If the provisions of Section 194J or Section 194C would apply in respect of payments made by an assessee towards Bill Management Services. The services rendered by the agencies engaged by the assessees at Hospet, Bellary and Raichur are not professional services, and, therefore, Section 194J is not attracted. The demand towards the alleged short deduction of tax deducted at source and interest, therefore, was improper. The contract was rightly held to be a service contract by the Tribunal and we, also, feel that it was a contract, which should be covered under Section 194C of the Act.

10. We do not find that these appeals involve any substantial question of law, which requires consideration by this court. Therefore, all these appeals are dismissed.

11. The parties are however directed to bear their respective costs.