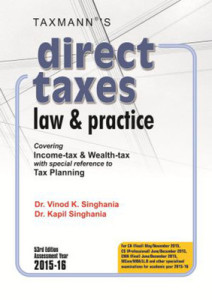 Question : Whether Income Tax Return has to be filed in case the person dies?

Its not only the living who have to pay their taxes. If one of your family members has died during the financial year and s/ he was liable to pay tax, you might need to file a return on his or her behalf.
Question : Who will file the Income tax Return of the Deceased ?
Section 159 of the Income- Tax Act lays down the liabilities of the legal representatives of a deceased person. In most cases, the individuals spouse or eldest son/ daughter assumes the status of legal heir or representative. This is unless the will mentions another person to be the executor or administrator of the estate.
Question : For what period Income Tax return of the Deceased has to be filed ?
As a legal heir, you have to file the return on behalf of the deceased for income earned till the date of death.The returns have to be filed as if the deceased had not died, in the same manner and extent as the deceased did.
Question

Question : how will the residential status of a deceased  will be determined ?

Solution : If one goes by exact wordings of section 6, one would find that Mr. I has become non-resident for the previous year 2011-12, as his stay in India (in fact, his stay in the world) was less than 60 days as contemplated in second basic condition of section 6(1) of the Act.

But, one would argue, is such a determination logical? Going by logical reasoning and intent and purposes of the Act, Mr. I has to be held to be resident in India and, further so in view f section 159(1) of the Act, which provides that – “Where a person dies, his legal representative shall be liable to pay any sum which the deceased would have been liable to pay if he had not died, in the like manner and to the same extent as the deceased.”

Had Mr. I not died, he would have been liable to tax in respect of his income of Rs. 4 lakh. Accordingly, the said income will be chargeable to tax in the hands of the legal representative

The Supreme Court in CIT v. Hukumchand Mohanlal [1971] 82 ITR 624, held that section 159(1) extends fictionally the legal personality of a deceased person only for the duration of the previous year in the course of which he died and, therefore, in case deceased followed cash system of accounting, the income received either by him before his death or by his heirs and representatives after his death in that previous year alone would be assessable to tax in the relevant assessment year, but not the income received in any year subsequent to that previous or accounting year. Since no assessment can be made on a deceased, except as provided in section 159, there can’t be any assessment of the deceased person for the years subsequent to year of his death.

[Opinion Note : In certain cases, determination of residential status of the deceased may become difficult when deceased used to reside in India as well as abroad. Though the number of such cases would be less, yet in those cases the guiding factor may be the ratio of number of days in which the deceased resided in India as well as abroad during the previous year in which his death took place. If deceased was a foreign resident, but died in India while his stay in India (which is less than 182 days), he would be held to be non-resident only. However, if, in case of Indian resident, he went outside India and died there and he didn’t remain in India even for a single day (for instance, an old man visits a place abroad in the month of March, 2011 for two months and dies in April, 2011 while he is outside India), then also, he would be held to be resident in India. In fact, the agreements for avoidance of double taxation with the various agreements also guide in the matter of determination of residential status, which may be referred to in those cases.]

Question What will happen to the Income earned after the date of Death of the deceased ?

Question : The deceased had three legal heirs. However, an appeal against the assessment order was filed by one of the legal heirs only, namely, ‘S’. Can the The Commissioner (Appeals) refused to admit the appeal filed by ‘S’ mainly on the grounds that the appeal was not signed by all the three legal heirs and, moreover, the tax due had not been paid ?

In view of provisions of section 159, every legal representative is personally liable to extent of interest in estate inherited by him and he being deemed assessee under section 159(3), is to be treated as an aggrieved assessee as contemplated under section 246A and, therefore, entitled to file appeal subject to fulfilment of other conditions

Merely because other two legal representatives did not prefer appeal for reasons known to them, legal representative who filed appeal could not be deprived of her right to protect her interest in property by preferring appeal before Commissioner (Appeals)

Merely because appeal memo was not signed by all legal representatives, it could not be rejected and, hence, Commissioner (Appeals) was to be directed to entertain appeal filed by appellant for proper quantification of tax payable with respect to her interest in estate of deceased.

were illegal and void ?

No, non-service of notice under section 143(2) against nine out of ten legal representatives of deceased B  will no invalidated assessment orders . SUPREME COURT OF INDIA Commissioner of Income-tax v.  Jai Prakash Singh CIVIL APPEAL NOS. 2542-2544 OF 1977

Question Whether  legal representatives will be liable to pay penalty which  even though default was committed by deceased when he was alive ?

By virtue of section 159(2) and section 159(1) legal representatives will be liable to pay penalty which can be validly imposed on them, even though default was committed by deceased when he was alive.